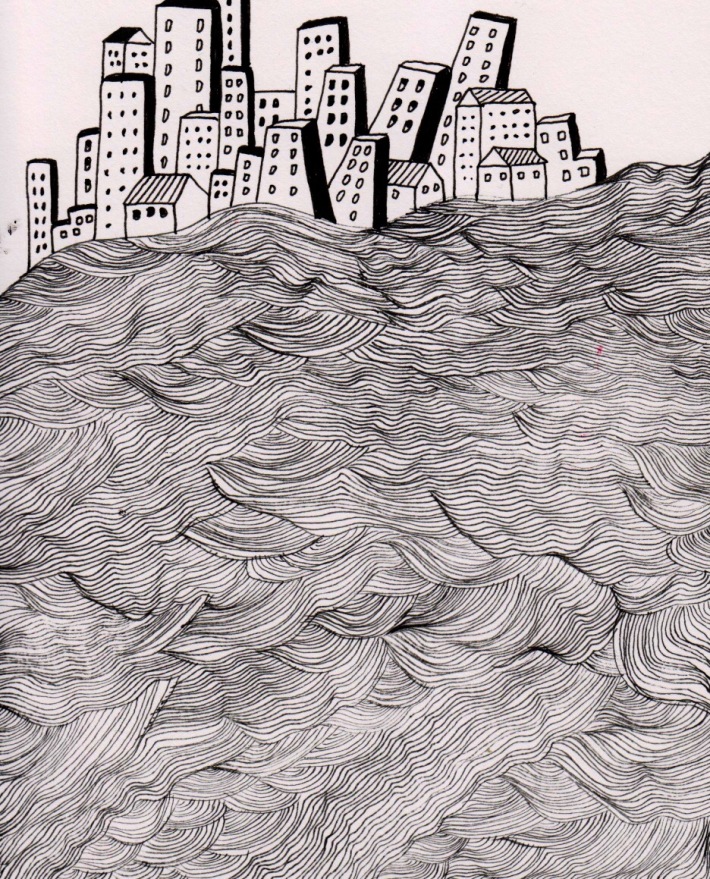 I woke this morning with an image of a city set adrift on an ocean. There must be a story there, or a poem at least, I thought. I was Hemingway’s old man hauling the great fish home even as sharks tore into its underbelly. When we reached the shore, I found the predators had picked the idea clean. But it was too late to start a new post, and anyway, I like sad stories.

I wonder why I never see artists sketch in cafes. I suppose they inflict too much damage with their inks and paints, whereas writers only spill coffee. Once I saw a guy upset his cappuccino over his laptop and the machine died on the spot. Everyone in the cafe stared at him. Did he remember to back up his files?

I wouldn’t mind sitting next to an artist. Or even a writer. I don’t see many writers at my local. It makes the lonely act of writing in a foreign land lonelier still.

Thirty years ago today, a writer I knew died. I should have written about her. But I’ve been saying that a while now.